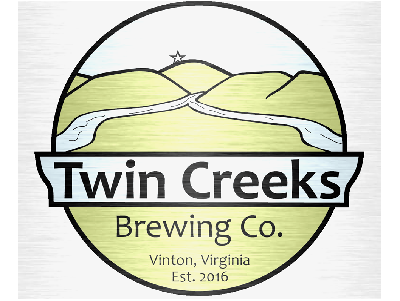 A local craft brewery is expanding adding to the amenities at the Explore Park, after a conversation with Roanoke County Parks, Recreation and Tourism piqued their interest. More from WFIR’s Gene Marrano:

(previously released)  A local brewery is expanding adding to the amenities at the Explore Park. Vinton-based Twin Creeks Brewing Company has announced that they will open a second location in the historic Brugh Tavern. The new location would open in the fall.

ROANOKE, VA (April 5th, 2019)- Twin Creeks Brewing Company is pleased to announce plans for their second location, Twin Creeks Brewing at Explore Park, opening in the fall of 2019. They will be partnering with Roanoke County Parks, Recreation and Tourism to bring the historic Brugh Tavern back to life through local beer, food, and entertainment.

Upon adoption of the lease agreement by Roanoke County’s Board of Supervisors later this month, Twin Creeks Brewing at Explore Park will occupy all three levels of The Brugh Tavern, (3900 Rutrough Road, Roanoke VA 24014), which was built in between 1792-1800 and originally located near the Great Wagon Road in Botetourt County. Brugh Tavern was relocated to Explore Park and dedicated on April 28, 1998, as an upscale, historic-ambiance restaurant. The main body of the building facing the central lawn is original construction, while the back portion of the building and industrial kitchen were added when the building was relocated. One of the main highlights of this beautiful building is a cozy basement area with stone walls and floors, which Twin Creeks Brewing at Explore Park plans to transform into a rustic wine and cider cellar.

While final details are in the works, visitors can anticipate enjoying freshly brewed beer from the ½ BBL brewhouse on site, which will specialize in farmhouse ales, as well as flagship beers brewed at the original Vinton location. Alongside the Twin Creeks taps, a line-up of local cider and wine will also be offered. In the beginning stages, Twin Creeks Brewing at Explore Park will be partnering with local food trucks- however, a full kitchen with a fresh, locally sourced menu is in future plans. Guests can enjoy a pint by one of the outdoor fire pits on the lawn, savor a glass of wine by one of the indoor fireplaces or invite the whole gang over to spend the evening in a private event space. And there will be no lack of entertainment- Twin Creeks Brewing is known for a great live music scene in their Vinton tap room, and will carry on the tradition at Explore Park.

According to Blount, “We’re very excited to have an existing Roanoke County eco-tourism business ready to partner with Explore Park to operate a brewery and bistro at Brugh Tavern. This potential partnership creates a new attraction at Explore Park, allowing us to provide not only quality food and beverage services for our community, but also to the 15 million visitors per year who travel the Blue Ridge Parkway. We look forward to presenting the lease agreement to the Roanoke County Board of Supervisors for consideration on April 23.”