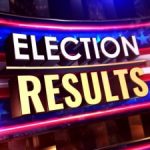 An attorney for President Donald Trump’s post-election legal bid to remain in office said yesterday that UVA alum Chris Krebs, the former head of U.S. cybersecurity, should be “shot” for going against the president’s claims of voter fraud and declaring the 2020 elections as secure. During an appearance on the Howie Carr podcast Trump campaign lawyer Joe DiGenova, said this (see link below) when asked about allegations of voting irregularities in Virginia. That comment has drawn criticism from Outgoing 5th District Republican US Congressman Denver Riggleman, who called on Americans to condemn directed threats and stop the spread of disinformation. Krebs said this morning on NBC’s Today Show he may pursue legal action against DiGenova for that comment, which he called “dangerous.”