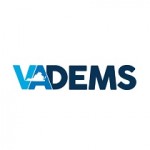 RICHMOND, Va. (AP) _ Lawyers for the Democratic Party of Virginia are headed to federal court to argue that the state’s voter ID law is unconstitutional. The trial is scheduled to begin Monday morning. It’s expected to last at least a week. Democrats filed the lawsuit last year challenging the 2013 law requiring voters to show photo identification at the polls. They claim the law illegally depresses minority voting. Republicans who championed the law say it’s a common-sense protection against election fraud. More than 30 states have some form of voter ID requirement, and lawsuits are pending in several states. A six-day trial on North Carolina’s law wrapped up Feb. 1, and the judge is expected to rule in a few weeks.