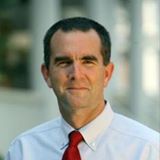 Herring announced last year he would run for re-election and not pursue the
Executive Mansion.

Northam, a doctor, is well positioned to have a smooth ride to be the
Democratic nominee for governor in 2017. The GOP nomination contest could be
more intense, with three candidates already vying for the spot.