‘The Bachelorette’ gets $536K, and Richmond gets a rose 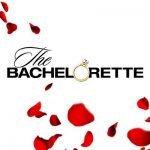 RICHMOND, Va. (AP) — Virginia tourism officials paid the reality show “The Bachelorette” more than $500,000 to film an episode of the show in Richmond. The Richmond Times-Dispatch filed a Freedom of Information Act request to learn that the Virginia Tourism Corporation paid $536,000 in incentives to lure the popular ABC show to Virginia. The contract required the show to mention the state’s “Virginia is for Lovers” tourism campaign and provide a link to the state’s tourism page on the show’s website. The episode aired Monday and featured a cameo from Democratic Gov. Ralph Northam.

The show draws an average 6 million viewers, and tourism officials told the newspaper (https://bit.ly/2KIZua4 ) that their media-monitoring software indicates the state received $47 million in publicity value from the show.