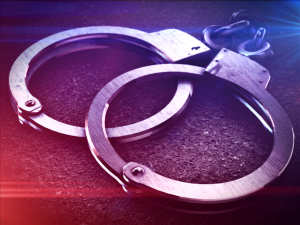 UPDATE From Roanoke City Police: The victim in this case has been identified as John Q. Harris, 43 years of age from Asheville, NC.

The Offender in this case has been identified as Lloyd A. Harris, 40 years of age from Roanoke, VA.  He has been charged with second degree murder and arrested.

The two men are brothers.

NEWS RELEASE: On July 30, 2022 at approximately 1:40 PM, the City of Roanoke E-911 Center advised Roanoke Police Officers of a person with a Gun Shot Wound in the 800 block of Hershberger Rd NW. Once Officers arrived, they found an adult male inside of a residence with life threatening injuries. Roanoke Fire-EMS personnel pronounced the male deceased on scene. One canine was found deceased on scene and a second canine was transported to emergency veterinarian care where it was pronounced deceased. The victim’s identity will be released after next-of-kin is properly notified.

The suspect in this case was located and is in custody at this time. The victim and suspect were known to each other and there is no on-going danger to the public. This remains an active homicide investigation and no further details can be released at this time.

Anyone with information about this incident is asked to call (540)344-8500 and share what you know. You can also text us at