From Roanoke City Police:   On October 12, 2015 at 3:32 a.m. Roanoke Police responded to an alarm at Ntelos in the 2000 block of Colonial Avenue SW.  Officers found the front door to the business shattered.  Preliminary evidence indicates the suspects used an object to break the glass in front entrance and entered the store.  Once inside, the suspects went to a storage area and stole a large quantity of merchandise.  The suspects had left the scene by the time officers arrived.  The store’s video security system was functioning during the burglary and pictures of the suspects are below.Anyone with information can leave an anonymous tip by calling 540-344-8500. You can also text an anonymous tip to CRIMES (274637).  Please begin your text message with the keyword RoanokePD: to ensure that it’s properly sent. 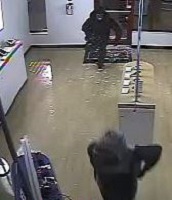 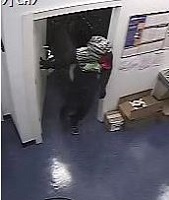 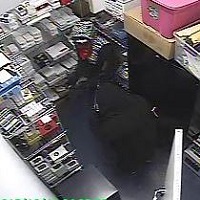