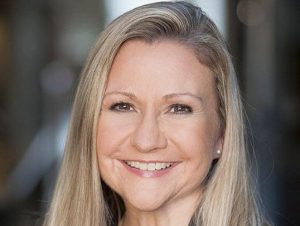 RICHMOND, Va. (AP) — A Virginia gubernatorial candidate who is an outspoken supporter of President Donald Trump has had new restrictions placed on her Facebook account after blaming antifa activists for Wednesday’s deadly insurrection at the U.S. Capitol. Democrats, meanwhile, called on her to resign.

Republican state Sen. Amanda Chase said Facebook has blocked her from making posts or comments on the social media site for 30 days. She said she’s also banned from doing live video or buying advertisements for 60 days.

The social media giants Twitter and Facebook also took the unprecedented step of suspending Trump’s privileges to post messages on their platforms, at least temporarily. Both companies said Trump had violated their policies.

Trump supporters, encouraged by the president to march on the Capitol, made up the mob that overran Congress on Wednesday and clashed with police. There’s no evidence that left-wing groups were involved. But Chase claimed otherwise, and said the social media companies are “targeting conservative leaders who support President Trump.”

Also Friday, the Virginia Senate Democratic Caucus called on Chase to resign from the state Senate, saying she had “galvanized domestic terrorists” and “has unequivocally committed insurrection.”

Chase attended the president’s rally Wednesday in which Trump urged supporters to march to the Capitol. Chase said in a Facebook video that she left near the end of the rally on the advice of her security team, and there is no indication she was part of the group that stormed the Capitol.

Chase said she’s not going to resign and called the Democrats’ statements “laughable.”

“The blood is on their hands because they relaxed many of our election laws,” she said.