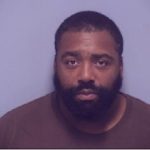 On October 3, 2022, Special Agents with the Virginia State Police, members of the Special Investigations Program (Mass Transit Unit), and the Star City Drug and Violent Crime Task Force seize drugs, guns, and US Currency from a residence in the City of Roanoke.

The package contained 2.3 pounds of Fentanyl, a powerful synthetic opioid, and was addressed to an individual at a residence in the 1400 block Orange Avenue, NW.  A search warrant was obtained for that address.  Inside the residence, investigators seized approximately 130 grams of additional narcotics, 3 firearms, and $13,431 in US Currency. The street value of all narcotics seized was $231,700.