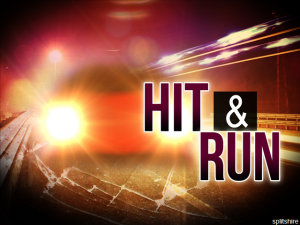 A VDOT contractor has been hit and killed in an accident on Interstate-81. Virginia State Police say 54-year-old Matthew Frazier, of Clifton Forge, VA exited a piece of construction equipment just after 2:30am this morning while that equipment was loaded on a trailer when Frazier was struck by a tractor-trailer. Frazier was wearing a traffic vest and died at the scene. Read full release below

Full Release:The Virginia State Police are investigating a fatal Hit and Run at the 142 mile marker, involving a VDOT contractor in the work zone.

The crash occurred at 2:38 a.m. as the worker exited a piece of construction equipment which was being loaded on a lowboy trailer and was struck by a tractor trailer. The tractor trailer continued northbound on Interstate 81.

The worker was identified as Matthew C. Frazier, 54, of Clifton Forge, Va. Mr. Frazier was wearing a traffic vest and died at the scene.

State Police are working to identify the tractor trailer from videos obtained from multiple construction vehicles at the scene.