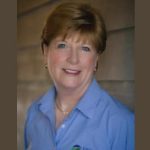 MONETA, Va. (AP) – The only survivor of a 2015 attack where a disgruntled former employee shot and killed two Virginia journalists is suing the television station whose on-camera interview she was appearing in. The Roanoke Times reports Vicki Gardner is suing WDBJ for $6 million in damages in an amended civil complaint. Gardner says WDBJ was negligent in hiring Vester Lee Flanagan II, who wounded her and killed journalists Alison Parker and Adam Ward then himself. Flanagan had been fired two years prior for reportedly threatening behavior. Gardner’s lawsuit says WDBJ didn’t properly screen Flanagan, who had similar issues with previous employers. Gardner filed the suit in 2017, but the defense contended some of the negligence claims were flawed. The suit was shortened Thursday and seeks $3 million less and fewer claims.