Smith Mountain, Claytor Lake power stations expect to step it up this week 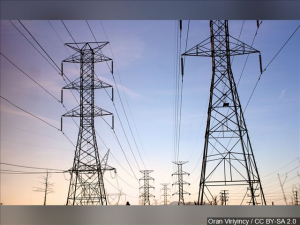 The Smith Mountain Lake and Claytor lake hydroelectric power stations are expected to increase their power production this week, thanks to hot summer weather — and when that happens, it will raise currents and water levels downstream with little notice. WFIR’s Evan Jones has more:

FROM APPALACHIAN POWER: Appalachian Power wants boaters, kayakers, tubers, and other recreational users downstream of Claytor and Leesville dams to know water levels on the New and Roanoke rivers could rise rapidly starting Wednesday, July 20, and continue to fluctuate throughout the week.

The National Weather Service is calling for high temperatures and PJM, the independent regional transmission organization that manages the electric grid in 13 states, has notified Appalachian Power it may need to increase power generation at its hydroelectric plants to maintain the reliability of the regional electric grid if called upon to do so.

Below Claytor Dam, water levels could increase up to two feet in a matter of minutes. Water levels below Leesville Dam could increase as much as eight feet over a seven-hour period. Those considering recreating on the rivers should monitor AEP’s website for additional information and follow us on Smith Mountain or Claytor Facebook pages for updates.

Located on the New River in Pulaski County, the Claytor Dam is operated by Appalachian Power. The total installed electric generating capacity of the plant is 76 megawatts. Leesville Dam, with a generating capacity of 50 megawatts, is part of the Smith Mountain Project, a 636-megawatt pumped storage hydroelectric facility on the Roanoke River.

Appalachian Power has 1 million customers in Virginia, West Virginia and Tennessee (as AEP Appalachian Power). It is part of American Electric Power, which is focused on building a smarter energy infrastructure and delivering new technologies and custom energy solutions. AEP’s approximately 16,700 employees operate and maintain the nation’s largest electricity transmission system and more than 224,000 miles of distribution lines to efficiently deliver safe, reliable power to nearly 5.5 million customers in 11 states. AEP is also one of the nation’s largest electricity producers with approximately 31,000 megawatts of diverse generating capacity, including 7,100 megawatts of renewable energy.