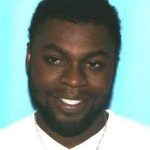 State Police say the search for a suspected cop shooter is now focusing on the Roanoke region. 25-year-old Donquale Gray is charged with shooting a Bluefield, Virginia police officer two weeks ago at a traffic stop. There is a $20,000 reward for information that leads to his arrest.

From Virginia State Police: The search for the West Virginia man wanted for shooting a Bluefield, Va. Police Officer two weeks ago has now spread to the Lynchburg and Roanoke region. State and federal law enforcement are following up on information that indicates Donquale “DJ” Gray, 25, of Bluefield, W.Va., may now be hiding out in this area. Gray is wanted in Virginia for attempted capital murder of a police officer and there is a $20,000 reward being offered for information that leads to his arrest.

Virginia State Police, U.S. Marshals Service, ATF, West Virginia State Police and local law enforcement on both sides of the state line have been following up on dozens of tips related to the possible whereabouts of Gray. Most recently Gray’s been living in Bluefield, W.Va. He is originally from Chicago, Ill., and is known to frequent family and friends in Chicago.

Gray shot a 29-year-old Bluefield, VA Police Officer last Saturday night (Feb. 16) during a traffic stop on Route 460 near Exit 3 in the town of Bluefield, Va. The officer survived his wounds and is still recovering. For his safety, the officer’s name is not being released at this time.

Gray was the passenger in a 2008 Toyota Yaris that the officer had stopped for an equipment violation at approximately 11:45 p.m. Gray began shooting at and wounded the Bluefield, Va. Police Officer as the officer was standing outside the vehicle on the driver’s side.

The Toyota was found abandoned a few hours later in Bluefield, W.Va.

The driver of the vehicle was cited for a traffic violation and released. He was not injured in the shooting. Nor was the other Bluefield, Va. Police Officer at the scene.