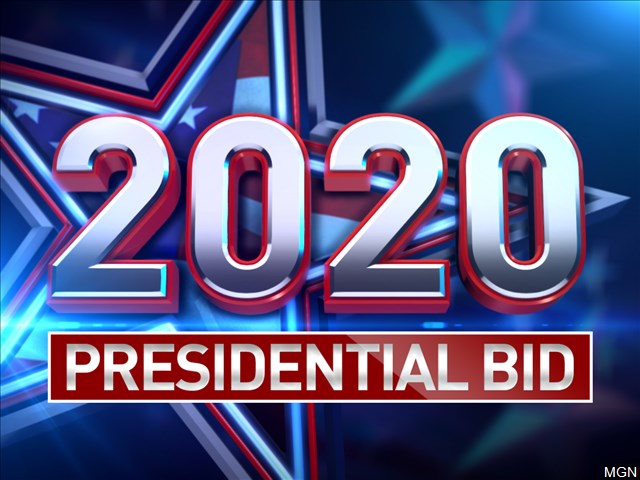 Fellow progressive Elizabeth Warren announced collecting a respectable $29 million last month, as she copes with a weaker South Carolina showing. But both did better than that state’s winner. Biden said on CNN that he’d raised about $17 million since the start of February — including a $5 million boost in the last 24 hours that coincided with his first win of the primary.

Sanders’ team said it was making television ad buys in nine more states: Idaho, Michigan, Mississippi, Missouri and Washington, which vote on March 10, and Arizona, Florida, Illinois and Ohio, which vote a week later. The campaign said it is “currently on the air in 12 out of the 14 states” that are voting on Super Tuesday, in two days.

“The senator’s multi-generational, multiracial working class coalition keeps fueling his campaign for transformational change a few bucks at a time,” Sanders’ campaign manager Faiz Shakir said in a statement. He said that, of the more than 2 million donations received this month, more than 1.4 million were from voters in Super Tuesday states.

The eye-popping haul follows an already impressive January that raised more than $25 million. Sanders’ campaign immediately said it would use the January funds to purchase $5.5 million in television and digital advertising in 10 Super Tuesday states.

That investment could still be paying off at a time when some rivals in a Democratic field that remains crowded may struggle to raise money after disappointing finishes in early states.

Both Warren and Sanders — who are competing for the Democratic Party’s most liberal wing against more moderate candidates like Biden — continue to demonstrate the formidable power of attracting small, online donations nationwide. That allows contributors to give repeatedly without exceeding federal limits. It’s a departure from traditional methods, where candidates organize high-dollar fundraisers or approach powerful supporters for big checks early in the campaign — and then can’t ask again without the intervention of an outside political group.

Warren, who finished fifth in South Carolina, hasn’t placed better than third since Iowa’s first-in-the-nation caucus. But, in a memo to supporters, her campaign manager Roger Lau attempted to project confidence going forward. He said the campaign was spending more than $2.4 million on TV, digital and traditional media ads in Super Tuesday states, as well as more than $4.1 million in every state that votes later in March and in Wisconsin, which holds its primary April 7.

Lau said the field will “greatly winnow” after Super Tuesday, where his campaign’s internal projections continue to show Warren winning delegates in nearly all of the 14 states voting.

But, in a dramatic departure from previous public pronouncements on strategy, Lau also made clear that, rather than heading to this summer’s Democratic National Convention in Milwaukee clearly ahead of her rivals, Warren is hoping to earn enough delegates to simply stay in the hunt that long.

“As the dust settles after March 3rd, the reality of this race will be clear: no candidate will likely have a path to the majority of delegates needed to win an outright claim to the Democratic nomination,” Lau wrote, betting on the jumbled early field keeping a clear front-runner from emerging.

Sanders, though, thinks he can get to the convention in first place. His campaign said the February totals came from more than 2.2 million donations, including contributions from 350,000-plus people who donated to the campaign for the first time. It also said it raised $4.5 million on the final day of the month, as Sanders finished second in South Carolina, the best fundraising day since the campaign’s launch a year prior.

Sanders’ 2020 presidential bid has now surpassed the total number of individual contributions received by his unsuccessful challenge of Hillary Clinton in the 2016 Democratic primary.

After wins in New Hampshire and Nevada, Sanders appeared to be emerging as the primary’s top candidate. But he finished well behind Biden in South Carolina, a state featuring heavy concentrations of African American Democrats and where Clinton trounced him in 2016. The former vice president’s victory was decisive, with him claiming almost half of the votes cast in a six-way race.

“You can’t win ’em all,” Sanders told a crowd of 3,500 in a college gym at a rally in Virginia Beach, Virginia, on Saturday night.

That prompted boos, but Sanders continued: “That will not be the only defeat. There are a lot of states in this country and nobody wins them all.”