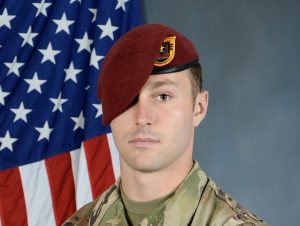 ANCHORAGE, Alaska (AP) – A 26-year-old Virginia soldier assigned to Alaska has died of injuries suffered in a weekend motorcycle crash. The Army says Sgt. Timothy Scott Woods II of Salem died Tuesday at Providence Alaska Medical Center. Woods was severely injured Saturday when he lost control of his motorcycle and hit a guardrail along the Glenn Highway near the interchange with the Parks Highway. Woods was stationed at Joint Base Elmendorf Richardson in Anchorage and assigned to an airborne infantry combat team. Woods joined the Army in January 2013. He trained at Fort Benning, Georgia, and served at Joint Base Lewis-McChord, Washington, and Fort Carson, Colorado. He transferred to Alaska in August 2016.