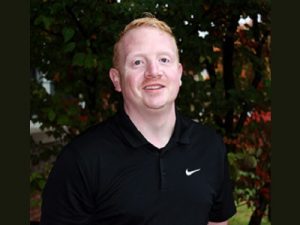 NEWS RELEASE: Micah Boyd has been named the new Interim Head Coach for the Boys Varsity Basketball program at Salem High School, effective immediately. His appointment was approved by the Salem School Board at its regular monthly meeting on November 10.

Boyd will take the place of veteran coach Kevin Garst, who stepped down last week due to COVID-19 concerns. Garst steered his alma mater for 14 seasons and he worked with Boyd in his final year on the bench.

Boyd is well known in roundball circles in the Greater Roanoke Valley, despite traveling extensively while growing up, and playing his high school basketball in Denver. Along with his stint with the Spartans, he was a varsity assistant coach at Cave Spring High School from 2017-2019.

Boyd also has experience on the private school front. He served as the head JV coach and a varsity assistant at Trinity Episcopal in Richmond and he was the varsity head coach for Grove Christian School in Tuckahoe.

The Tampa, Florida native has a Bachelor of Science degree in Business from Liberty University and he earned his Masters degree in Spor