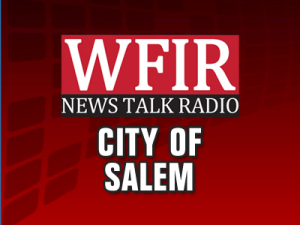 Salem Mayor Randy Foley says the city has some hopes and ideas for the futures of two large industrial properties, but they must wait for the owners to make their own decisions first. Developers purchased the former Valleydale plant more than two years ago, but no firm plans for its future have been announced. Nor has General Electric told city leaders what future plans in might have for the Salem property once production ends there, as announced last year. WFIR’s Evan Jones has more with Mayor Foley: