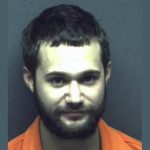 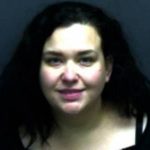 A Salem man faces multiple charges — including attempted murder of a law enforcement officer — following a high-speed pursuit early Saturday morning south of Charlottesville. The Nelson County Sheriff’s Office says the chase began after a deputy attempted a traffic stop, and it ended when Timothy Massie deliberately rammed the deputy’s car. Massie and his passenger, Elizabeth Hensley of Roanoke, are both charged with possessing methamphetamine.

From the Nelson County Sheriff’s Office: Two individuals are in custody this evening following an early morning pursuit that started in Nelson County. At approximately 5:25 this morning Deputy Trevor Ross, with the Nelson County Sheriff’s Office, attempted to stop a 2010 Nissan Rogue for erratic driving on River Rd when the vehicle began to flee. The pursuit extended into Albermarle County and came to an end in the area of Banjo Lane when the suspect driver, Timothy Herman Massie, 28, of Salem intentionally rammed Deputy Ross’ vehicle. The impact of the collision caused airbag deployment in both vehicles and caused Massie to flee on foot.

The passenger in the vehicle, Elizabeth Autumn Hensley, 30, of Roanoke was then taken into custody. A search of the area was conducted with Nelson County Sheriff’s Office K-9, Xombie, and Massie was located hiding in underbrush. He was taken into custody without further incident. In addition, methamphetamine and drug distribution equipment was located inside the vehicle.

Deputy Ross and Hensley were both treated and released at local medical facilities following the incident. Massie and Hensley have both been transported to Albermarle Regional Jail on the following charges:

Both are being held without bond. Additional charges are pending.