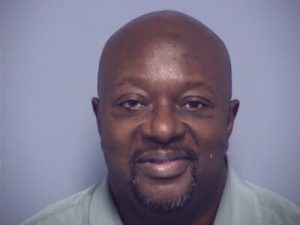 Roanoke City Councilman Robert Jeffrey, Jr. was found guilty of embezzlement this afternoon on one of two charges. He pleaded no contest and accepted a plea agreement with a second charge after it was merged with the first. Jeffrey will be sentenced June 7. Earlier this week he was found guilty on two other charges of obtaining COVID recovery funds under false pretenses after inflating the number of full time employees in his office, in order to qualify for that grant. Jeffrey, Jr., had been charged with two counts of embezzlement in the second trial that started yesterday. The Commonwealth alleged he had stolen money from a local non-profit, the Northwest Neighborhood Environmental Organization.