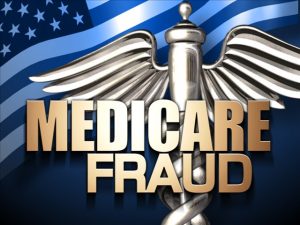 Federal prosecutors say a Roanoke medical practice will pay more than $2 million in fines and restitution for fraudulent Medicare and Medicaid billing over an eight-year span. Allergy and Asthma Associates had already pleaded guilty to billing the government more than $600,000 for expensive asthma treatments it either did not purchase or improperly administered to patients.

“When a medical practice fraudulently bills our Medicare and Medicaid programs, it diverts funds from the most vulnerable in our communities and must be held accountable,” said Acting U.S. Attorney Bubar.  “Today’s civil resolution coupled with AAA’s criminal conviction in June marks the end of a lengthy investigation and demonstrates that we will work closely with our federal and state partners to hold providers responsible for healthcare fraud.”

“Individuals and health care providers who defraud our health care system are not only stealing from Medicare and Medicaid, but they are also stealing from taxpayers and they must be held accountable,” said Attorney General Herring. “I want to thank both our state and federal partners, as well as my hardworking Medicaid Fraud Control Unit, for their dedication and partnership on this case.”

“Every Medicare or Medicaid dollar paid wrongfully is money no longer available for crucially needed health services,” said Maureen R. Dixon, Special Agent in Charge at the Office of Inspector General for the U.S. Department of Health and Human Services.  “Working with our law enforcement partners we will continue protecting these valuable program funds.”

According to court documents, between January 2010 and September 2017, AAA submitted improper billings to Medicare and Medicaid for Xolair, an expensive asthma treatment sold in single-use vials. Due to the nature of the drug, many patients receive doses of the drug that require health care providers to administer a partial vial of the drug. This results in leftover amounts of Xolair that are not administered to the patient. At relevant times, Medicare and Medicaid allowed providers to bill Medicare Part B and Medicaid one time for an entire single vial of Xolair, which includes both the administered quantity, as well as the discarded quantity of the drug from a single-use vial, up to the amount listed on the vial’s label.

In situations where a patient’s dose resulted in a leftover partial vial of Xolair, AAA administered the leftover amount to another patient and the billed Medicare and Medicaid for administering this amount as if it were the entire single-use vial.

From January 2010 to September 2017, AAA billed Medicare $627,540 for Xolair that AAA did not purchase. In addition, AAA received 129 vials of Xolair from Medicaid which is not documented as being used for a Medicaid patient. These 129 vials represent an approximate loss to Medicaid of $88,878.

Under the terms of the civil resolution finalized last week, AAA will pay a total of $2,149,607 to settle claims they violated the false claims act. Broken down, $1,994,607 will be paid to United States government and $154,648 will be paid to the Commonwealth of Virginia.