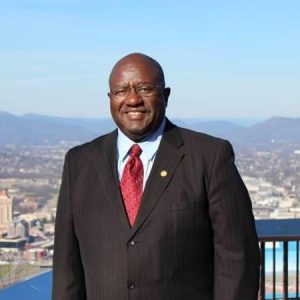 “Since he announced his campaign just last week, Terry McAuliffe has demonstrated his vision for the future of our Commonwealth is big, bold, and consequential. Terry has made racial equity central to his education and COVID plans, pushing to address inequalities that have plagued our communities for generations,” said Mayor Sherman Lea (Roanoke). “He will lift up our communities by making sure our kids have a quality education, fighting this opioid and heroin epidemic, and helping small businesses recover from the COVID pandemic. Virginia is ready for big ideas and bold action. We are ready for Terry.”

Last week, Terry launched his campaign by releasing his bold plan to strengthen Virginia’s education system. As governor, Terry will dramatically increase teacher pay and get it above the national average for the first time in Virginia history, expand preschool to every 3 and 4-year old child in need, and get every single Virginia student online. During his tenure as Virginia’s 72nd governor, Terry’s administration provided grant funding for preschool for children in need, which included support for a community-based early childcare center in Roanoke.

“I’m proud to have the support of such a strong leader in Roanoke. Mayor Sherman Lea has been a great leader for his city during this pandemic and I know that together we will rebuild a post-COVID economy that is stronger and fairer for all Virginians,” said Terry McAuliffe. “We need to go big and bold to end inequities for communities of color as we go through this recovery process. From ensuring all children have access to a world-class education to creating new pathways to good paying 21st Century jobs, we will address the disparities that have held back Black and Brown communities for far too long.”