Roanoke man sentenced for stealing more than $400k in benefits 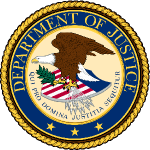 A Roanoke man was sentenced yesterday to six months home confinement and a fine of $100,000 for stealing railroad retirement benefits. James Sexton pleaded guilty earlier this year to felony theft after collecting more than $450,000  in benefits, most of which he has repaid. He begins his confinement after the holidays.