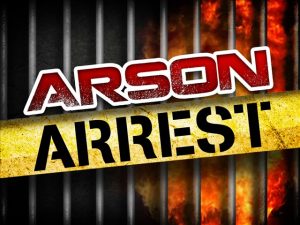 NEWS RELEASE: At 12:52am, Monday morning, July 19th, Roanoke Fire-EMS was dispatched to the 100 block of Church Ave SW for a fire alarm. Units arrived to find a multi-story parking garage with attached businesses and no visible fire. After further investigation, units found a small trash can fire that was promptly extinguished with a water can. The fire was contained to the place of origin. No injuries were reported. The cause of the fire was deemed incendiary.

The City of Roanoke’s Fire Marshal’s Office and Roanoke Police Department have identified the suspect as James Lewis Martin Jr., 25, of Roanoke. James was later arrested and charged with Arson of an Occupied Public Building.

Anyone with information about this incident is asked to call either the Fire Marshal’s Office Tip Line at (540) 853-2406 or the Roanoke Police Department at (540) 344-8500 and share what you know. You can also text RPD at 274637; please begin the text with “RoanokePD” to ensure it’s properly sent. Both calls and texts can remain anonymous.