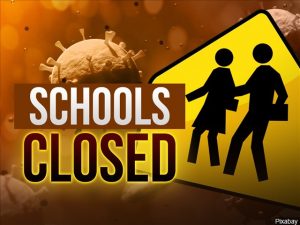 Roanoke County high school seniors may find themselves being congratulated in some unusual and very public ways this spring.  WFIR’s Evan Jones has the story:

With the normal graduation ceremonies cancelled just about everywhere, Roanoke County Schools joined many other systems in preparing a virtual commencement to honor seniors. But Spokesperson Chuck Lionberger says beyond that, they’re putting the “public” in public education, congratulating the grads on billboards across the valley, and he says some stores are also participating by displaying banners that honor this year’s seniors