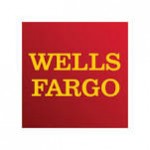 ROANOKE, Va. (AP) — Wells Fargo Bank is letting go 115 workers at its Roanoke County call center. The company informed the workers Thursday they will be terminated later this year. They represent 6.4 percent of the center’s work force. According to The Roanoke Times, Wells Fargo spokeswoman Kristy Marshall blamed the cuts on fewer foreclosures and delinquency. She said demand for mortgage financing and refinancing also is down. The cuts are scheduled to take effect in mid-December. The center employs 1,800.