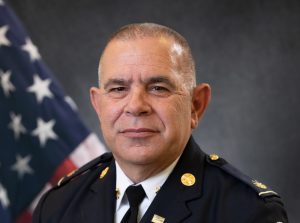 NEWS RELEASE: After 35 years of service, Roanoke City Deputy Fire Chief Billy Altman retires. Altman began his career in public safety in 1980 as a volunteer at Roanoke Life Saving Crew. In 1985 Altman was hired as one of the City of Roanoke’s paid Paramedics employed to support the EMS volunteer program. In 1988, he was promoted to EMS Field Supervisor, overseeing the daily operations of the career EMS staff. In 1995, the City’s EMS program merged with the Fire Service and Altman was promoted to Captain within the new formed Roanoke Fire-EMS Department. He continued to rise through the ranks, in 2003 he was promoted to Battalion Chief of the Training Division and in 2007 was promoted to Deputy Chief of the Department.

Deputy Chief Altman has not only dedicated his time to the visitors and residents of the City of Roanoke, but also to EMS across the Commonwealth. Deputy Chief Altman is a life members of Roanoke Life Saving Crew, has served on the advisory board for the Jefferson College of Health Sciences, Board of Directors for the Western Virginia EMS Council, Virginia Office of EMS Financial Assistance Review Committee and served on the Commonwealth of Virginia Office of EMS Transportation Committee. Altman has over 40 years of experience in public safety experience in career and volunteer Fire/EMS.