Roanoke arts collaboration to release “We Are Art” rap cypher 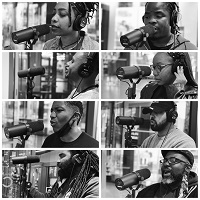 A collaboration of the Roanoke Public Libraries, the Roanoke Arts Commission, the Grandin Theatre, and the Feeding Southwest Virginia Community Solutions Center has led to the creation of the “We Are Art” rap cypher, which will be released later this week. They wanted to create something that displays and celebrates the diversity of cultures in Roanoke. WFIR’s Rachel Meell has more:

To watch the film when it releases on February 5th, go to the Roanoke Public Libraries Facebook page or YouTube page.