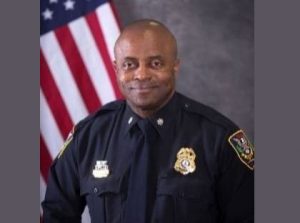 A long-time Roanoke police officer has been named Acting Chief during the search process for a permanent successor to Tim Jones, whose retirement is effective at the end of the week. Chester Smith, Jr. has most recently been Deputy Chief, commanding the Uniform Operations Division.

NEWS RELEASE: Roanoke City Manager Bob Cowell has named Deputy Chief Chester R. Smith, Jr. to serve as Acting Police Chief.  Smith will fill this role upon the retirement of Police Chief Tim Jones, which is effective on Jan. 31.  Smith has served on the City’s police force since 1985, and currently commands the Uniform Operations Division.