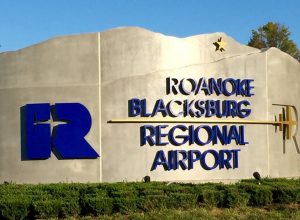 Air travel is bouncing back in a big way at Roanoke-Blacksburg Regional Airport, but officials say a pilot shortage may limit the rebound’s continued growth in coming months. The 2022 numbers so far are for January, and they show a passenger count at ROA more than 80% higher than the year before, but Airport Spokesperson Brad Boettcher says the number of available airline seats has not grown. It is mainly the result of regional jet pilot shortage, and those are the planes providing the great majority of flights here. But on the positive side, local capacity has held up much better than many other regional airports. More from WFIR’s Evan Jones: