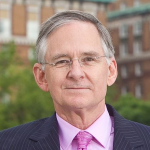 RICHMOND, Va. (AP) – A top Virginia Republican served as an editor for a college yearbook that includes racial slurs and at least one image of a person in blackface. Senate Majority Leader Tommy Norment was managing editor of the 1968 yearbook for the Virginia Military Institute. The yearbook includes a photo of a man in blackface standing with others in costumes and uses racial slurs to describe a student from Bangkok, Thailand. The contents of the yearbook were first reported Thursday by The Virginian-Pilot. In a statement, Norment condemned the use of blackface. He said he was one of seven people who worked on the yearbook and “cannot endorse or associate” himself with everything in it. Norment says he isn’t featured in nor did he take any of the photos in question.

“I was, and am, proud to be a member of the Class of 1968 of the Virginia Military Institute. As I acknowledged on Page 236 of The Bomb, that was a year of ‘imperative transition’ at VMI.

“I served The Bomb as part of a seven-member team that included an Editor-in-Chief, a Lay-out Editor, a Copy Editor, an Art Director, a Production Assistant, a Business Manager, and my position, Managing Editor.

“With 114 editions of The Bomb available online dating back to 1885, I am not surprised that those wanting to engulf Republican leaders in the current situations involving the Governor, Lt. Governor, and Attorney General would highlight the yearbook from my graduation a half century ago.

“The use of blackface is abhorrent in our society and I emphatically condemn it. As one of seven working on a 359-page yearbook, I cannot endorse or associate myself with every photo, entry, or word on each page. However, I am not in any of the photos referenced on pages 82 or 122, nor did I take any of the photos in question.

“As my comment on Page 236 notes, I supported the integration of VMI. And in 1997, I led the effort to have my alma mater include women for the first time.

“Despite all of the distractions from the continuing controversies involving our statewide elected officials, I am intent on fulfilling the work of the people of Virginia by passing a fiscally responsible budget that provides tax relief for working families.”