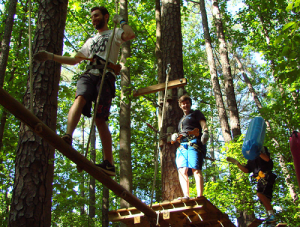 Explore Park is once again reachable from the Blue Ridge Parkway, and while its operators are among those happiest with the move, they say many park activities have remained well-used. Mudslides have forced the parkway’s closure for weeks now through much of the Roanoke Valley. Roanoke County Parks, Recreation and Tourism Spokesperson Scott Ramsburg says despite recent access only through local roads, some major park attractions have remained popular. WFIR’s Evan Jones has more: