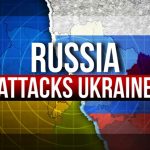 Sunday, March 6 2:00 p.m. Where:  Salem’s World War I Memorial (at traffic triangle with cannon across from Oakey’s Funeral Home) on the corner of College Avenue and Roanoke Boulevard. SWVA citizens offer how the Ukraine War could have been avoided and how to stop it now. Demand immediate cease-fire. Pushback on the Mainstream Press parroting US. State Department talking points: “unprovoked…all Russia’s fault, demonization…”

We hereby offer a “look behind the curtain of U.S. foreign policy.” We demand the urgent halt to this slaughter of Ukranians armed to face the Russian army alone and the current Russian leveling of Ukraine including dangerous destruction of their power plants.

We offer: a narrative for the genesis of the Ukraine War aligned with views of experts that warned (following President Bill Clinton’s expansion of NATO) that such expansion could result in Ukraine’s destruction now occurring. This war was avoidable.  It is a tragic war of choice provoked by NATO’s two-decade steady advancement. While amassing troops within Russia on its border. Russia clearly communicated that NATO’s imminent expansion into Ukraine was an unacceptable “red line.”  Nevertheless, the press adopts Washington’s line of cluelessness and “unprovoked.” How this war could have been prevented and what actions could possibly stop it even now.

Southwest Virginia Citizens for Peace in Ukraine push back against the U.S. claim that Russia’s current brutal attack against Ukraine was “unprovoked.”  NATO is guided by the U.S. national security “apparatus” which is unelected and cares neither to prevent Ukranian death and destruction nor for Biden to fulfill his own campaign promises and/or domestic agenda.