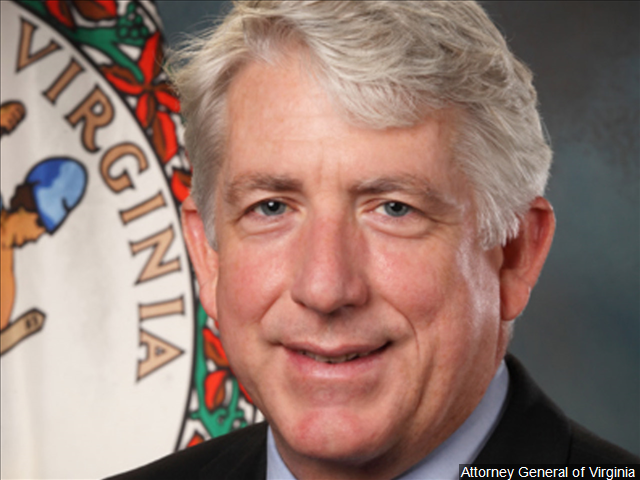 Virginia’s Attorney General says the prominent Robert E. Lee statue on Monument Avenue in Richmond can now legally be removed. He announced via a press release that the Supreme Court of Virginia sided with him that the state does have a right to remove state-owned property that sends “a message with which it now disagrees.” The full release can be found below.

From Attorney General Mark Herring: RICHMOND (September 2, 2021) – Attorney General Herring won the Lee statue cases today when the Supreme Court of Virginia agreed with him and ruled that the Commonwealth of Virginia has the right to remove state-owned property that sends “a message with which it now disagrees.” The Supreme Court of Virginia has also dissolved the injunction that was keeping the statue up which means that it can now come down.
“Today is an historic day in Virginia. Today, we turn the page to a new chapter in our Commonwealth’s history – one of growth, openness, healing, and hope,” said Attorney General Mark Herring.
“For too long we allowed our communities to be dominated by symbols of white supremacy and hate that did not represent who we had become as Virginians. The Lee statue has stood as a daily reminder of a racist past, but we cannot let that history define the Virginia of today and the Virginia of tomorrow. The monuments we raise and the symbols we include in our communities create a certain narrative, but up until now that narrative has been one-sided – and it’s time to tell our full story.
“As we continue our work to address systemic racism in our society, bringing this statue down will be an important step in the ongoing process of making Virginia a more open, welcoming, fair, and just place for everyone.”
The Court concludes its opinion saying, “Assuming arguendo that the Taylor Plaintiffs are correct in claiming that the language in the 1887 Deed and the 1890 Deed created restrictive covenants, those restrictive covenants are unenforceable as contrary to public policy and for being unreasonable because their effect is to compel government speech, by forcing the Commonwealth to express, in perpetuity, a message with which it now disagrees. For the reasons stated, we hold that the circuit court did not err in concluding that the purported restrictive covenants are unenforceable, that Governor Northam’s order to remove the Lee Monument did not violate the Constitution of Virginia, and that all of the Taylor Plaintiffs’ claims are without merit. Accordingly, we will affirm the judgment of the circuit court and immediately dissolve all injunctions imposed by the circuit court.”
For over a year, Attorney General Herring has been dedicated to removing the Lee statue. In June 2020, following Governor Northam’s decision to take down the statue, Attorney General Herring filed a notice in the Lee statue lawsuit in Richmond Circuit Court that he “intend[ed] to defend the Governor’s decision and ensure the removal of this divisive relic.” In July 2020, he filed a brief defending the removal of the state-owned Lee statue and asked the Court to dissolve the injunction that was in place barring the removal of the statue, and later that month, he and his team presented arguments to Richmond Circuit Court Judge W. Reilly Marchant. On October 27, 2020, Richmond Circuit Court Judge W. Reilly Marchant ruled in favor of Attorney General Herring in finding that the Lee statue’s removal was lawful, but the ruling was stayed pending appeal.
In January 2021, the Plaintiffs who are fighting to keep the state-owned Lee statue up appealed the lower court’s ruling, and later that month, Attorney General Herring asked the Supreme Court of Virginia to reject this appeal. He also asked SCOVA, if they chose to hear the appeal, to do so as quickly as possible. In April 2021, Attorney General Herring filed a brief asking the Supreme Court of Virginia to uphold the Richmond Circuit Court’s ruling that removal of the Lee statue is lawful and to dissolve the injunction that was preventing the Commonwealth from taking the state-owned statue down. At this time, several amicus briefs were also submitted in support of Attorney General Herring’s efforts to remove the statue. On June 7, 2021, Attorney General Herring and his team presented arguments to the Supreme Court of Virginia about why the injunction should be dissolved and the state-owned Lee statue should be removed once and for all.
During his term, Attorney General Herring has taken numerous steps to remove racist Confederate iconography from public spaces. He has long called for the removal of Confederate monuments and repeal of the law that protected these monuments, and this session his team worked on the legislation to repeal it. In September 2020, Attorney General Herring filed an amicus brief asking the Supreme Court of Virginia to lift an injunction that was preventing Charlottesville from removing city-owned Confederate monuments. He also worked to allow Norfolk to remove a Confederate monument, helped remove a Confederate flag from city property in Danville, wrote an opinion that facilitated the renaming of Jefferson Davis Highway in parts of Northern Virginia, and won a court case to remove the Confederate battle flag from Virginia license plates.
# # #