Poll: Most Va parents worry COVID will cause children to fall behind 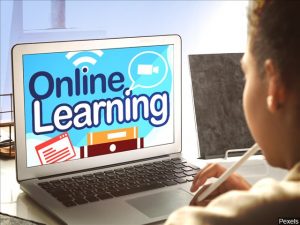 A new statewide poll finds that most Virginia parents are satisfied with the way public school systems are handling the challenges they face, but they are worried their children are not learning as much as they should. More from WFIR’s Evan Jones:

From the Wason Center at Christopher Newport University: Most parents are satisfied with Covid-19 school options, but 3 out of 4 still worry their children will fall behind;   Va. voters back public employee collective bargaining

State of things: In the wake of the 2020 elections and during the ongoing pandemic, registered Virginia voters who say they voted in the presidential election are evenly split on their assessment of the state and its leadership. When asked about the direction of the Commonwealth, 48% indicated Virginia was heading in the right direction, while 47% say the wrong direction. Governor Northam’s job approval is quite similar, with 47% saying they approve of the job the governor is doing and 46% indicating disapproval. This split is strongly along partisan lines. On the direction of the Commonwealth, 90% of Democrats approve, while 92% of Republicans disapprove; on Governor Northam, 86% of Democrats approve, while 87% of Republicans disapprove.

Regarding the direction of the country, Virginia voters in this survey showed a marked shift compared to responses prior to the November election. Likely voters were very pessimistic before the election, expressing disapproval of the country’s direction (76%-16%). In this survey, more voters still say the United States is headed in the wrong direction, but by a far smaller margin (49%-39%).The difference between the assessment of likely voters pre-election and self-described voters post-election is almost entirely among Democrats, whose “wrong direction” assessment went from 97% to 22% after the election of Joe Biden and Kamala Harris as President and Vice President.

Despite the 64% overall satisfaction, 75% of parents are very concerned (53%) or somewhat concerned (22%) about their children falling behind in school as a result of the COVID-19 restrictions.  “Parents are juggling work, caregiving responsibilities, and helping their kids through virtual school,” said Wason Center Research Director Rebecca Bromley-Trujillo.  “Most may believe their school systems are doing the best they can, but it’s no surprise that so many are worried about their children’s progress.”

Q1: Overall, would you say things in the COMMONWEALTH OF VIRGINIA are heading more in the right

Q2: And how about the country …overall, would you say things in the UNITED STATES are heading more in the right direction or the wrong direction?

Q15:  I only have a few more questions…Are you the parent or guardian of any children who are in elementary, middle or high school?

Q16: What best describes the type of instruction your child(ren) are getting from school right now?

Q17: Overall, how satisfied are you, if at all, with the way your children’s school has been handling instruction this fall?

Q18: How concerned, if at all, are you about your children falling behind in school as a result of any disruptions caused by the COVID-19 outbreak?

EDUC: Could you tell me the highest level of school or college you had the opportunity to complete:

HISPANIC: Do you consider yourself to be Hispanic or Latino?

RACE: Do you consider yourself to be:

RELIG: What is your religious preference, are you Protestant, Roman Catholic, Jewish, another religion, or no religion?

IDEOL: When it comes to your ideology, would you consider yourself to be a…

PARTYID: In politics today, do you generally consider yourself to be a Republican, a Democrat, or an Independent?

INCOME: And, just for statistical purposes, in which of the following categories does your family income fall?

INCOME: And, just for statistical purposes, in which of the following categories does your family income fall?

How the survey was conducted:

The results of this poll are based on 906 interviews of registered Virginia voters, including 371 on landline and 535 on cell phone, conducted Nov 8-22, 2020. Percentages may not equal 100 due to rounding. The margin of error for the whole survey is +/- 4.7% at the 95% level of confidence. This means that if 50% of respondents indicate a topline view on an issue, we can be 95% confident that the population’s view on that issue is somewhere between 45.3% and 54.7%. All error margins have been adjusted to account for the survey’s design effect, which is 2.1 in this survey. The design effect is a factor representing the survey’s deviation from a simple random sample and takes into account decreases in precision due to sample design and weighting procedures. Sub-samples have a higher margin of error. In addition to sampling error, the other potential sources of error include non-response, question wording, and interviewer error. The response rate (AAPOR RRI Standard Definition) for the survey was 8%. Five callbacks were employed in the fielding process. Live calling was conducted by trained interviewers at the Wason Center for Public Policy Survey Research Lab at Christopher Newport University. The data reported here are weighted using an iterative weighting process on region, age, race, sex, and education to reflect as closely as possible the 2020 population of Virginia registered voters. The sample was provided by L2.