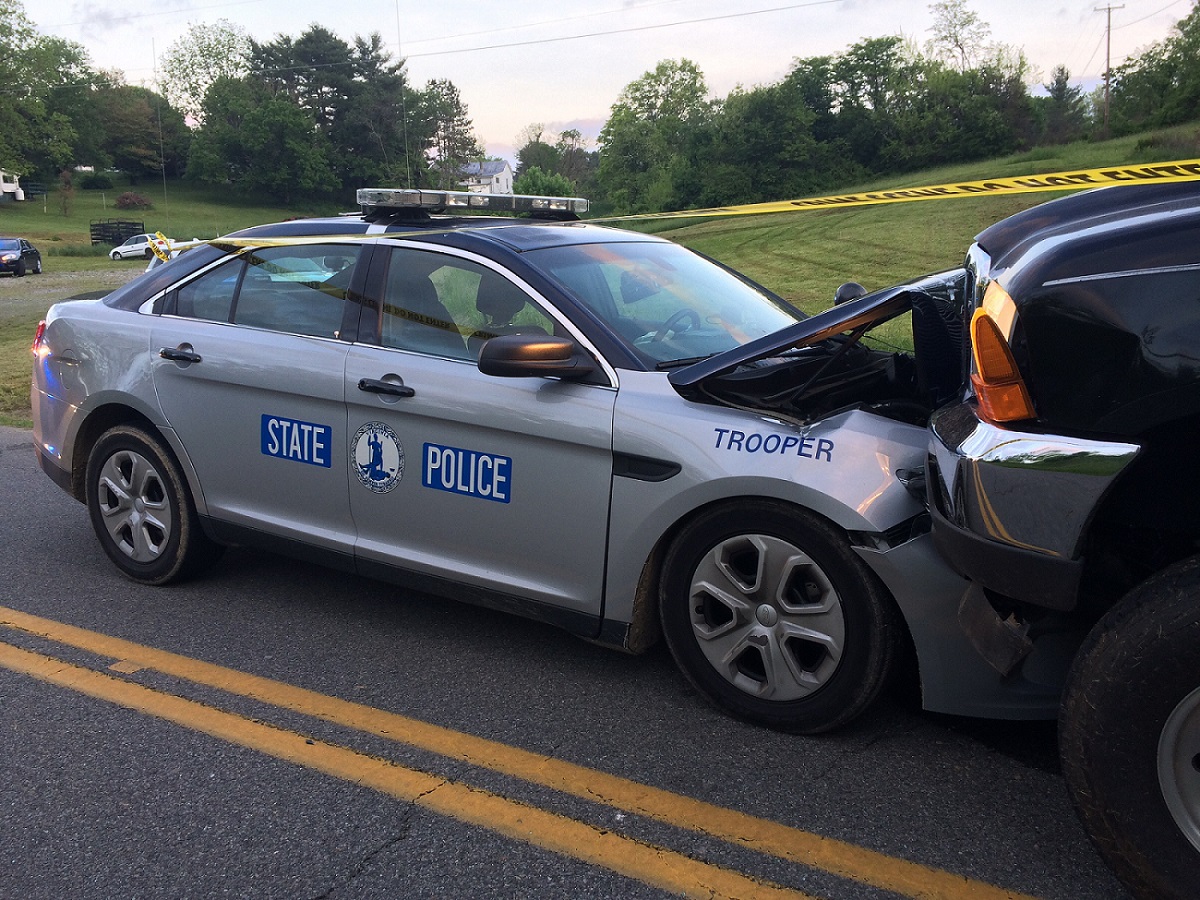 UPDATE: State Police say a man who was shot yesterday in a confrontation with officers has died. He is identified as 31-year-old William Clark of Pulaski. Troopers say Clark was involved in two overnight pursuits, firing at officers, and ramming police vehicles before he was shot in Wytheville. State Police say he died early today at Roanoke Memorial Hospital.

PREVIOUS: State Police say officers shot and critically wounded a man wanted for stealing a pickup truck, leading officers on two separate overnight chases, ramming police vehicles and firing at pursuing officers. The events started in Pulaski county and ended about two hours later in Wytheville. The suspect’s name has not yet been released. No law enforcement personnel were seriously hurt.

News release: The Virginia State Police is investigating a continuous incident this morning that resulted in two separate – but related – pursuits and shots being fired early Thursday morning (May 9). The incident began around 1:40 a.m. Thursday when a Virginia State Police trooper was traveling south on Interstate 81 near the 98 mile marker In Pulaski County and located a 2008 Dodge pickup truck that had been reported stolen out of Pulaski County. The trooper pulled in behind the vehicle and activated his emergency lights to initiate a traffic stop.

The stolen pickup refused to stop and the pickup sped away from the trooper. A pursuit was initiated, during which time the driver of the stolen pickup fired several shots at the state trooper’s vehicle. Fortunately, the trooper was not injured.
The pursuit continued south on I-81 and into the town of Wytheville, where the pursuit was terminated once the trooper lost sight of the stolen Dodge pickup.
State police and the Wythe County Sheriff’s Office searched the area for the pursuit/stolen vehicle. At approximately 2:09 a.m., the abandoned Dodge pickup truck was located on Barrett Mill Road. State police K9 teams and aviation were called in to assist with searching for the stolen vehicle’s driver.
========================
At approximately 3:45 a.m., Town of Wytheville Police stopped a suspicious vehicle on West Railroad Avenue. It was determined that the female driver of this vehicle is acquainted with the pursuit suspect and was driving around looking for him, too. During the course of that conversation, a pursuit of a Ford F-350 pickup truck was initiated. The Ford pickup truck continued into the town limits, drove over an embankment and was headed to where the female and town police were stopped. During the course of this pursuit, the stolen pickup truck rammed a Wythe County Sheriff’s Deputy and then intentionally hit head-on a Virginia State Police Trooper. The crash took place on West Railroad Avenue in Wytheville. Shots were fired at this scene by a Wythe County Sheriff’s Deputy and a Virginia State Police Trooper.
The suspect driver of the pickup, an adult male, has transported to Roanoke Memorial Hospital for treatment of life-threatening injuries sustained in the shooting. A firearm was recovered from inside the black Ford F-350, which was stolen in Wythe County.
Both the Wythe County Sheriff’s Deputy and Virginia State Police Trooper who were struck were transported to Wythe Community Hospital for treatment of minor injuries sustained in the crash.
The incident and officer-involved shooting remain under investigation by the Virginia State Police Bureau of Criminal Investigation’s Wytheville Field Office.
In accordance with State Police policy, the trooper involved in the shooting has been placed on administrative leave pending conclusion of the investigation. Charges are pending.