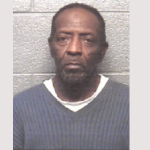 State Police are looking for a 71-year-old man who they say eluded troopers during two recent high-speed chases. Willie Elmore is believed to be living somewhere in Pittsylvania or Halifax Counties. Police say both pursuits were discontinued because of the danger his erratic driving posed to other drivers. Elmore is also wanted on warrants from Danville.

NEWS RELEASE: PITTSYVANIA, Va. – The Virginia State Police are asking for the public’s assistance with any information regarding the location of Willie Junnie Elmore, 71 years of age. Elmore is believed to be residing in Pittsylvania County or Halifax County, VA. Elmore is wanted on multiple charges resulting from two high speed chases by the Virginia State Police and the Pittsylvania County Sheriff’s Office, which were both discontinued do to the danger posed to the public by Elmore’s erratic driving.  Elmore is also wanted by The City of Danville Police Department for Felony Shoplifting, (3rd offense) and Felony Failure to Appear. Elmore is known to drive a black 2001, two door Dodge Ram pickup truck, displaying VA tag number UUL-8175 and is known to frequent the City of Danville. Elmore does not have a driver’s license and does not pose a danger to the public unless he is driving a vehicle. If you have any information regarding Elmore, please contact the Virginia State Police, Area 43 office, in Chatham, VA.  Phone # (434)432-7287, or #77.  You may also contact the Pittsylvania Sheriff’s or Danville Police Department.