Police: man walks in, points gut at clerk, then leaves

From Roanoke City Police: On August 18, 2014 at 5:18 a.m. Roanoke Police were dispatched to the 4800 block of Williamson Road NW, the Walgreens, to investigate an attempted armed robbery.  A store employee told officers that the suspect went to the store’s front counter and demanded money.  The suspect displayed what appeared to be a firearm.  At this time evidence indicates that, before taking any money or other items, the suspect exited the store through the front door.  No one was injured and no items are believed to have been taken at this time.  The suspect is described as being approximately six feet tall, wearing a dark blue hoodie, black sweat pants, and white sneakers.  If you have any information that could help investigators, please call the Roanoke Valley Crime Line at 540-344-8500.  Tips are anonymous and rewards are offered for information leading to the arrest and conviction of the suspect. 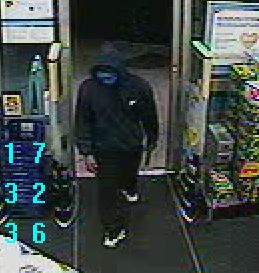 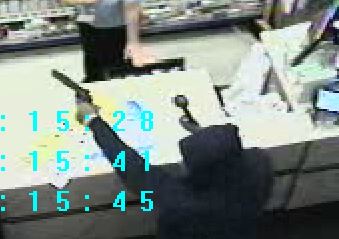