It is believed that the incident occurred sometime between Sunday evening, July 31, and early Monday morning, August 1. The damage was discovered by Parks and Recreation staff Monday morning and police were called.

The damage includes the grounds after a vehicle drove in circles across the fields, and wood fencing, likely broken by a vehicle entering the field.

It is estimated that $2,000 in property damage was done which, if charged, is a felony offense. Anyone with information is asked to call Officer C. Brown at 777-5208 or through the Emergency Communication Center at 562-3265. 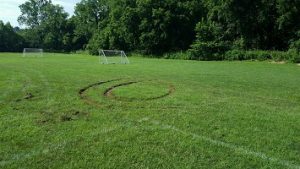 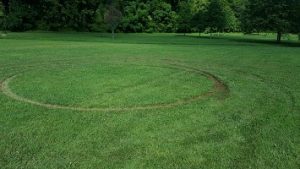 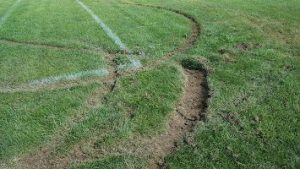