Roanoke County Police hope surveillance photos will help them identify a man suspected of stealing a credit card, then using it a short time later at a business near Peters Creek and Cove Roads. Police say the theft and fraudulent use occurred last Saturday. Anyone with information is asked to call Roanoke County Police at 540-562-3265. 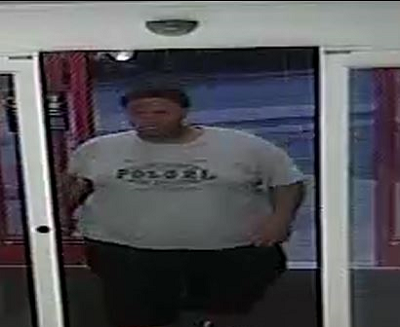 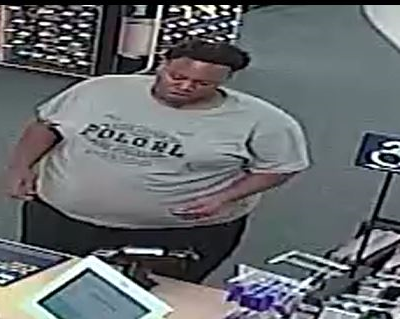 News release: Roanoke County Police are seeking the public’s assistance in identifying a suspect in a felony credit card fraud case, being investigated by the Criminal Investigations Division. The stolen credit card was used on 10/14/2017 at a business in the 2700 block of Peters Creek Rd., within approximately one hour of the card being stolen in Roanoke City. The suspect is described as a large, heavy set black male with thick black hair. During this incident the suspect was wearing black shorts, gray t-shirt and white sneakers. Anyone with information on the identity of the suspect is asked to call Roanoke County Police non-emergency dispatch at 540-562-3265. Det. J. Gallagher is the primary investigating detective.