Salem Police hope surveillance photos will help them find a man who allegedly hid in the back seat of a car in a bank parking lot and held up a woman as she got back into her car just after using the ATM. Police did not name the bank, but they say it happened last Friday in the 1400 block of Apperson Drive.  That’s the address for a Wachovia Bank branch with a walk-up ATM. (Continue reading to see all three surveillance photos.)

Salem police say the suspect  produced a weapon, demanded money and forced the victim to drive to a different ATM located in Roanoke City in an attempt to retrieve more money. Police describe the suspect as a black male, approximately 5-feet 8-inches to 5-feet 10-inches tall, dark skinned, weighing 150 to 160 pounds. They say the three photos below are those of their suspect. Anyone having information about the crime or the identity of the suspect is asked to call the Salem Police Department at (540)375-3078 or Roanoke Crime Line (540)344-8500. 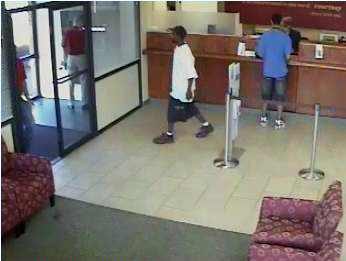 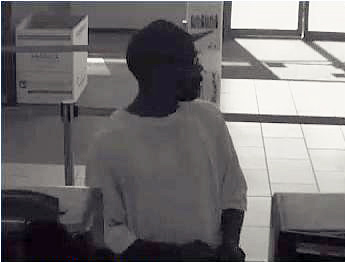 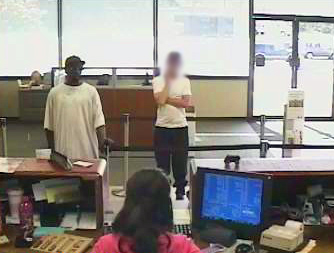