Roanoke Police hope surveillance photos and video they’ve posted will help lead them to the men involved in multiple shootings outside a convenience store eight days ago. 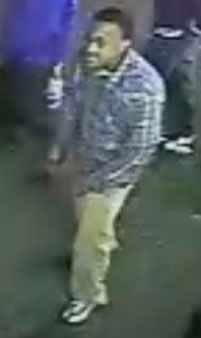 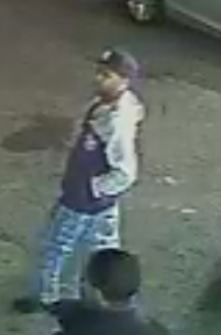 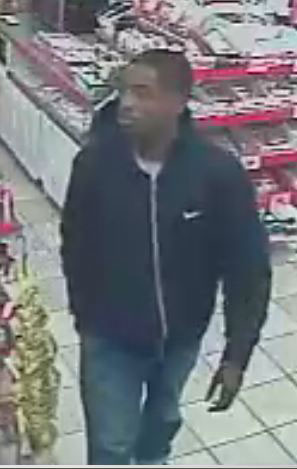 Roanoke, VA- The Roanoke Police Department is seeking the public’s assistance in identifying individuals at the scene of an aggravated assault that occurred on November 5, 2012.  Officers were on patrol in the 2900 block of Hershberger Road when they heard several gunshots.  The officers then observed a large crowd of people in the parking lot of the Shell
Station.  As officers approached the parking lot they heard more gunshots and observed the crowd quickly dispersing.  Three individuals were shot. They are identified as Frank Cooper, age 37 of Roanoke; Joshua Tyree Poindexter, age 20 of Roanoke; and Antonio Jermaine Gravely, age 25 of Roanoke.

The surveillance video shows Mr. Cooper chambering a bullet into the barrel of a handgun and pointing the handgun in multiple directions (starting at frame 09:28:43).  He and Mr. Poindexter were transported to Carilion Roanoke Memorial Hospital.  Mr. Gravely quickly fled from the scene in a private vehicle and was transported to the hospital in that vehicle.  Surveillance video also shows an officer pursing a male on foot as he was running from the scene (Frame 09:29:13).  The male was observed by the officer attempting to conceal a handgun as he fled.  Officers were unable to apprehend this individual at the scene due to the large crowd.

A separate individual is shown in the surveillance video with a handgun.  He is identified as a black male wearing blue pants, a blue long sleeve shirt or jacket, and black and white high top sneakers.  A shot fired from his direction is seen striking a silver vehicle (frame 09:28:33).

The investigation into this incident is ongoing, and those involved as well as witnesses are providing very limited cooperation.  No arrests have been made at this time; and the Department is attempting to identify, locate and speak to all of the individuals seen in the surveillance video obtained from the parking lot to include those described above and the following:

Officers recovered two firearms from the scene of the incident.  Officers are also attempting to identify and locate an individual shown in surveillance video taken inside of the store.  This individual was observed with a handgun in the surveillance video from the parking lot.  He is identified as a black male wearing blue pants and a black sweatshirt.

The Police Department is consulting with the Commonwealth’s Attorney’s Office on this case.  Anyone with information regarding this crime and/or the identities of the individuals in the surveillance video should call the Roanoke Police Department at (540) 853-5959 or Crime Line at (540) 344-8500.  Crime Line may offer a monetary reward for any information leading to an arrest in a crime.