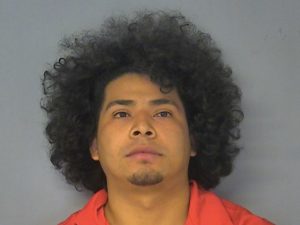 Preliminary investigations reveal that at approximately 6:02 p.m., members of the Milligan University men’s cross country/track and field team were running along Williamsburg Pottery Road, when they were all struck by a Toyota Scion.  The Scion continued down Williamsburg Pottery Road, fleeing the scene of the crash. Shortly thereafter, the car crashed into the median on Route 199. The driver, Jose Efrain Hernandez Mancia, 26, of Williamsburg, Va., was taken into custody.
Five were transported by ambulance to Williamsburg Sentara Hospital, but only three of the five teammates were struck by the vehicle. Of those three, two were seriously injured and one died.  Eli Cramer, 20, of Murfreesboro, Tenn., succumbed to his injuries at the hospital.
The driver of the Scion was transported to Virginia Peninsula Regional Jail. State police charged him with DUI-1st offense, DUI-involuntary manslaughter, one felony count of hit and run, reckless driving, DUI-maiming and DUI refusal to submit a breath/blood sample related.
The Virginia State Police Chesapeake Division Crash Reconstruction Team was called to assist in the investigation, along with the VSP Bureau of Criminal Investigation and the Commonwealth’s Attorney. The crash remains under investigation.