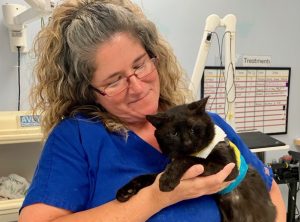 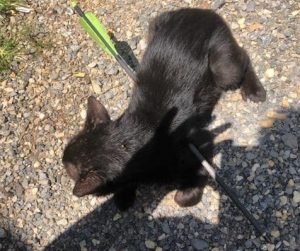 A cat that was found with an arrow shot through its mid-section is recovering at Angels of Assisi. Roanoke County Police say they got the call around midday to the 2500 block of Rutrough Road. The feline went through surgery and appears to be recovering okay. Police say there is known owner, and there are no suspects.

NEWS RELEASE: Roanoke County Police are investigating after a cat was found shot with an arrow in the 2500 block of Rutrough Road. The call was reported shortly after noon today. The officer on scene transported the cat to Angels of Assisi for treatment. The cat is now recovering from surgery. The cat is believed to be a stray. It was not microchipped and there is no known owner at this time. There are no suspects at this time. Police are conducting an investigation and there is no other information available. If anyone has information about this incident, please call Roanoke County Police at (540) 562-3265.