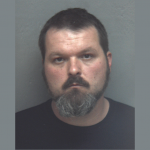 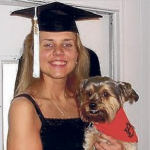 A man arrested  in Montgomery County is charged with the murder of an Auburn, Alabama woman 12 years go. Federal, state and local law enforcement personnel  arrested 38-year-old Derrill Ennis Monday in the Pilot area.  Lori Ann Slesinski disappeared in June of 2006; her burning car was discovered one day later, but her body was ever found. News reports from Lee County, Alabama, state Ennis faces two counts of capital murder. Those reports indicate Ennis and Slesinski were acquaintances, and after police questioned him about the case, he moved away from the Auburn area short time later. The recent work of a cold case unit led to indictments last Thursday, and Ennis was arrested four days later.

STATE POLICE NEWS RELEASE: On August 6, 2018, as a result of an ongoing investigation by the Virginia State Police, Derrill Richard Ennis was arrested at approximately 2:00 p.m. in the 4800 block of Fishers View Road in the Pilot area of Montgomery County.  Mr. Ennis was wanted for a homicide, which occurred in Lee County, Alabama. Ennis was taken into custody without incident after a coordinated multi-agency effort, which included the United States Marshall Service, 4th and 6th Division Virginia State Police, Montgomery County Sheriff’s Office, and Pittsylvania County Sheriff’s Office; along with Blacksburg, Christiansburg, and Radford City Police Departments respectively. Ennis is currently being held in the Montgomery County Jail with no bond, on a Fugitive from Justice Warrant, while awaiting extradition back to Alabama, where he will face two charges related to the homicide. Additional questions regarding this incident should be directed to the Lee County Alabama District Attorney’s Office at 334-737-3446.