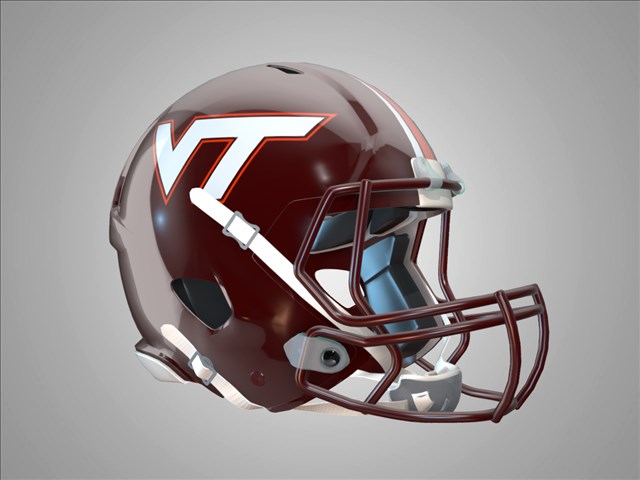 BLACKSBURG, Va. (AP) — Quincy Patterson II came off the bench to throw two touchdown passes and run for another score, leading No. 20 Virginia Tech to a 45-24 victory over NC State on Saturday night.

Despite playing without 23 players and four coaches because of coronavirus issues and injuries – including starting quarterback Hendon Hooker and defensive coordinator Justin Hamilton – the Hokies (1-0, 1-0 ACC) started quickly in a season opener delayed two weeks because of two COVID-related postponements.

Virginia Tech took advantage of an NC State defense missing three starters who were out with injuries by speeding to a 17-0 lead.

“I think we were excited to play,” Tech coach Justin Fuente said. “Obviously, it’s been a long time since we’ve been on the field. I know they’re tired of practice, I can tell you that much. They came out and executed pretty well early on … We were excited and ready to play.”

Patterson, the Hokies’ No. 3 quarterback, entered the game in the second quarter after starter Braxton Burmeister left with a hand injury. Patterson threw touchdown passes of 15 yards to Tayvion Robinson and 16 yards to James Mitchell on the Hokies’ final two possessions of the first half. He also scored on a 1-yard run in the fourth quarter.

Khalil Herbert ran for 104 yards and a score for Virginia Tech, which rushed for 315 yards.

“Lot to work,” NC State coach Dave Doeren said. “I thought our guys continued to play hard, but we just did not do enough to give ourselves a chance to win.”

NC State: After winning their opener, the Wolfpack were dominated in every phase of this game. The injuries on defense hurt, and NC State needs better play at quarterback. Leary, who played in the second half against the Hokies and threw a touchdown pass, may move into a starting role.

Virginia Tech: The Hokies have been plagued with coronavirus issues over the past two weeks, but looked sharp despite numerous players missing practices. Virginia Tech did not turn the ball over, made no mistakes on special teams, and had just five penalties in a well-rounded performance.

The impressive outing by the Hokies could vault them a few spots in the next Associated Press poll.

Hooker, who threw 13 touchdowns and just two interceptions as the starter for Virginia Tech last season, underwent additional testing recently that was unrelated to COVID and hasn’t been practicing with the team for the past couple of weeks. But he and the coaching staff received good news this past week, and Hooker should be cleared for practice Sunday.

“He’s good to go,” Fuente said. “We had a little cause for concern, a little scare, but we saw the experts and the tests came back really well. Forget football. It’s good for Hendon that all that stuff seems to have worked out.”

The game was delayed for approximately 15 minutes late in the third quarter while the NC State sports medicine staff attended to safety Khalid Martin, who collided with teammate Tyler Baker-Williams while tackling Jalen Holston on a 12-yard run. Martin was taken from the field in an ambulance to a hospital for what the NC State communications staff said was a hip injury. After the game, the NC State football Twitter account tweeted that Martin was being transported to a hospital in Roanoke, Virginia, for further examination.

NC State: The Wolfpack play at Pittsburgh on Saturday.

Virginia Tech: The Hokies play at Duke on Saturday.