Coronavirus cases in Virginia up to 9, expected to increase 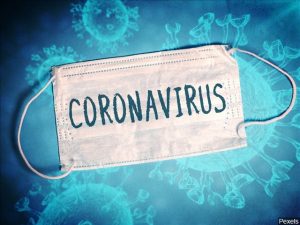 State health officials say there are now nine presumptive coronavirus cases in Virginia — that is up one from yesterday. None of them are in our area. Governor Northam said this morning that Virginia is not yet ready to declare a State of Emergency, but he is prepared to do so if needed:

Health officials say while Virginia continues to have a limited number of COVID-19 test kits, there are more on hand now than was the case yesterday. And they say for now at least, the flu risk remains much greater to state residents that Coronavirus.

RICHMOND, Va. (AP) — Nine people in Virginia have now tested positive for the new coronavirus, a number that is expected to increase, state officials said Wednesday.

Gov. Ralph Northam, top state officials and health care industry representatives held a news conference Wednesday morning, announcing the latest positive case and outlining the steps Virginia is taking to limit the spread of the virus that has infected over 1,000 people in the U.S. and over 120,000 worldwide.

“We are planning for every scenario and ensuring that our government agencies, our schools, our hospitals and our Commonwealth are prepared thoroughly and and able to respond quickly,” said Northam, who is a doctor.

Those preparations include planning for how state employees could work remotely and how schools could implement distance learning, officials said. Nursing homes are being urged to rethink their visitor screening and patient monitoring policies, and the state has placed an order for about $3 million of personal protective equipment.

While some states are stepping up bans on large gatherings, Northam did not announce any such restrictions Wednesday. He also said he was not declaring a state of emergency – an administrative tool that allows for additional flexibility in spending and procurement – but said he was prepared to do so if needed.

UVA announced it would not be holding on-campus classes “for the foreseeable future, quite possibly through the end of the semester.”

Virginia is conducting tests for the virus at a state lab using kits provided by the federal government. The number of available tests is limited, so the state lab is prioritizing testing of people who meet certain criteria, including those who are exhibiting symptoms and were in contact with a confirmed case or traveled to an area where the virus is widespread, state epidemiologist Dr. Lilian Peake said.

Those criteria were also recently updated to ensure that any nursing home resident who shows symptoms is a top priority and gets immediate testing, Northam said.

If people don’t meet the state’s criteria, the health department recommends clinicians work with private labs to access testing, said Peake, who added the the availability of private sector testing is expected to increase in the coming weeks.

Positive tests by state health departments are sent to the U.S. Centers for Disease Control and Prevention for confirmation.

Worldwide, nearly 4,400 people have died. On Wednesday, WHO declared the global coronavirus crisis a pandemic.

Health officials said the latest case of COVID-19, the disease caused by the coronavirus, is a teenager in the central Virginia Chickahominy health district, which includes which includes Charles City, Goochland, Hanover and New Kent counties.

The teen returned to the U.S. March 4 after traveling to an area with ongoing community transmission of the virus, according to a health department news release. The teen did not attend school and is currently doing well and isolated at home, the news release said.

At the news conference, Northam emphasized that Virginians should continue taking basic health precautions, including frequent handwashing with soap and water and staying home when ill. He said he’s personally decided to stop shaking hands with people.

“Together we can get through this. And we will,” he said.