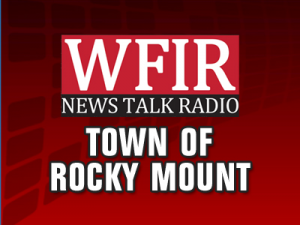 ROCKY MOUNT, Va. (AP) – A Rocky Mount police officer charged in the storming of the U.S. Capitol in Washington earlier this month says he and a fellow officer who accompanied him are being fired from their jobs. The Roanoke Times reports that Rocky Mount police sergeant Thomas “T.J.” Robertson received a letter from the city citing “conduct unbecoming an officer” as the reason for his firing. The letter states he will be terminated Tuesday. Robertson said fellow officer Jacob Fracker is also being terminated. The town manager declined to comment on Robertson’s statements Saturday but said the officers had been suspended without pay Friday.