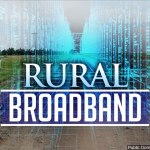 RICHMOND, Va. (AP) – Virginia Gov. Ralph Northam says he wants lawmakers to approve spending $50 million to make it easier for people to get faster internet service. Northam said Friday [at an event in Bedford County] that his forthcoming state budget plan will include adding $50 million to the Virginia Telecommunications Initiative. The program encourages internet service providers to expand broadband access to underserved areas. Northam said he wants the money to be part of a multi-year commitment of $250 million to boost broadband access. Lawmakers in both parties have long said that expanding high-speed internet to rural communities is a priority. The Democratic governor will present his full budget next week. The Republican-controlled General Assembly will take up Northam’s spending plans next year.