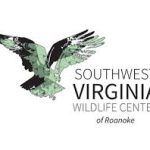 A group of private citizens including Bojangles franchise owner Stan Seymour will  get their day in court after the Virginia Supreme Court ruled today they do have standing to sue Roanoke County and the Southwest Virginia Wildlife Center of Roanoke. At the heart of the issue is an easement shared by neighbors and the Wildlife Center in Southwest Roanoke County, which also wants to build a large bird rehab aviary. A circuit court judge had previously ruled the Center’s neighbors had no standing to sue. The  Roanoke County Board of Supervisors had issued a special user permit to build the aviary in 2018, which they also claimed would increase traffic on that easement.

Although the Board of Supervisors imposed several conditions on the special use permit
at issue in this case, these conditions did not address the alleged harm created by the traffic on
the easement. The conditions imposed by the Board of Supervisors attempted to reduce the
visibility of the proposed raptor building. They did not address or attempt to mitigate the harm
caused by the traffic on the easement.

III. CONCLUSION
For the reasons stated, we will reverse the judgment of the circuit court and remand this
case for further proceedings.
Reversed and remanded