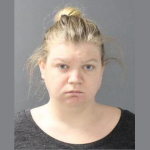 The mother of a two-year-old Christiansburg boy who recently died from unspecified injuries is now charged with sex crimes. 25-year-old Kayla Thomas faces charges that include production of child pornography. Police say the investigator into her son’s death shows a history of both physical and sexual abuse. The man who was watching the boy when he reported him injured faces a felony child abuse charge. 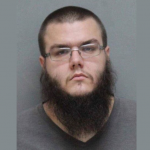 PREVIOUS: A 25-year-old Christiansburg man is jailed after a two-year-old boy he was watching died over the weekend. Christiansburg Police say McKenzie Hellman reported Friday a child had fallen at a home on Zinc Lane, but according to police, the injuries are not consistent with a fall. Hellman currently faces a felony child abuse charge, but police say more counts are possible. He is currently jailed without bond.

From Christiansburg Police: – On Friday, Jan. 11, at about 9:15 p.m., Christiansburg Police and Christiansburg Rescue responded to call in reference to child who had fallen and was unresponsive at a residence in the 400 block of Zinc Lane. Upon arrival, officers found a 2-year-old boy lying unresponsive on the floor. Officers and Rescue members immediately began cardiopulmonary resuscitation. After several minutes, a heartbeat was detected and the child was transported via ambulance to LewisGale Hospital Montgomery and later airlifted to Carilion Roanoke Memorial Hospital. The child, whose name is not being released at this time, remained unresponsive throughout the weekend before succumbing to his injuries at 7:40 p.m. on Sunday, Jan. 13.

The police investigation revealed the injuries were not consistent with a fall, as described in the initial report. McKenzie Kyle Hellman, 25, of Christiansburg, has been charged with one count of felony child abuse in violation of Virginia Code Section §18.2-371.1. Hellman, who is not related to the child, was watching the boy at the time.

Hellman is currently being held without bond at the Montgomery County Jail. Additional charges may be forthcoming as the investigation continues.